Nailer is a standard term for a woodworking job. After inventing the framing nailer, a worker gets rid of hammering. That’s why the work becomes faster.

Before starting the job with the nailer, the big question comes to the mind which one will be the best? Now to find out the answer, we will discuss it in detail. 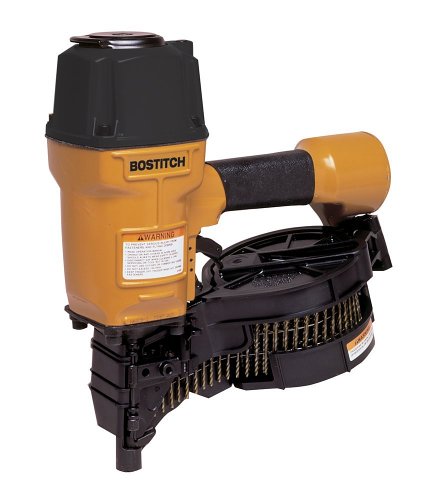 Coil nailer has 200-300 nails in its canister. It has two types of the canister, like- framing nails and sheathing nails.

The canister of the nailer is adjustable and nails at 15 degrees. During the work, the builder does not need to reload nails for the holding capacity.

As the coil nailer is compact, it can be used in tight space. But if the canister is fully loaded, then the nailer will be heavy. As a result, the user becomes fatigued quickly. For overhead use, the user needs to work with a stick nailer rather coil nailer.

A stick nailer uses variable nails, and sometimes it comes in handy for the additional options. But we need to make sure that the nail has the right angle and collation style.

Plastic nails: the angle between 28 and 30 degrees;

Round-head nails: the angle between 20 and 22 degrees;

Choosing the right nail is very important. According to the local code, we can dictate which type of nail is used for which one. So before purchasing, we need to know about a specific kind of nail.

Though the two nail guns' function is similar, there are some differences in their design and features. The main comparison of these two is given below:

If you want to finish the work quickly, you need to avoid reloading every time. In this case, you should use the coil framing nailer. The coil framing nailer holds 200-300 nails depending on the needs. On the other hand, if you do not need any nails to complete the work, then the stick nailer is the best choice.  The stick nailer holds 25-40 nails each in two magazines.

A fully loaded coil weighs 15-18lbs, depending on the model of the nailer. Holding one of these nailers over your head for most of the day increases fatigue and tension. Stick nailers weigh around 9 pounds when it is loaded. This nailer is much easier to handle, and most of the builders prefer it.

According to the construction, the coil nail has a round container holding the nails and attaching the nail gun. The hinge design provides a quick start and reduces the risk of a jam.

Stick nailer has nail tape stores. Each stud has two magazines, which length makes it heroic.

According to the cost, a coil framing nailer is less expensive. It has fewer dependents on individual angle nails, and filling the unit is relatively more comfortable. If you worry about cost, then the stick nailer is always expensive.

Due to your personal choice, you can choose any one of them. Both the stick nailer and framing nailer fulfill precisely the same purpose. If you work in a tiny place, then choosing the framing nailer will be the right choice.

As the framing nailer is compact and has some advantages, it can get in a tighter space. On the other hand, you can use the stick nailer for its lighter weight to work on the overhead.

Both nailers are used for heavy-duty household work. The framing nailer is mainly used for roofing jobs for holding more nails. On the other hand, stick nailer is used for fencing and other framing jobs.

I try my best to discuss details for both of these nailers. I hope that it might help you to make a decision which one is better for your work.

Was this article helpful?

Let us know if you liked the post. That’s the only way we can improve.

I am John Dylan. I have a clear experience about different types of tools since my childhood. I start my career as a handyman then I also work as a plumber, electricians. At one point I noticed that people struggle to find quality tools.

So I started to research and explore different tools. I try to present a proper information about any tools I use. Hope my attempt help you!